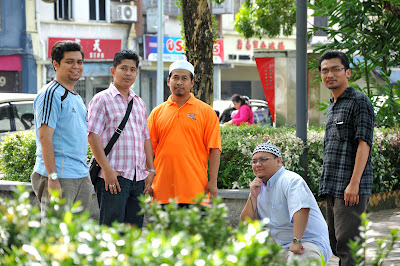 One of the celebrated terms used by my fellow comrades in the legal fraternity and struggle is "Poligam". Don't confuse it with Poligami though Poligami is also one of the hot topics often discussed among men. Poligam is a combination of Politik and Gambar. Kind of similar to famous words created by Allahyarham P. Ramlee (I stand corrected) such as Pawagam (panggung+wayang+gambar) and Kugiran (kumpulan+gitar+rancak). Suddenly it escalates to "Polivid", "Polikhbar" and so on. 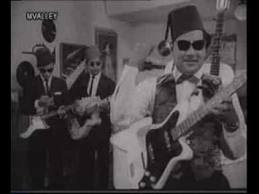 Thus, Poligam simply means integrating the art of politics in pictures. Instead of looking dull, sombre, gloomy or unimportant in pictures, Poligam transforms a person to be photogenic, lively, dramatic and energetic in a picture. A Pak Pacak simply becomes a hero. A kepoh lawyer who did nothing in a case suddenly thrusted into the limelight. A session ended magnificently when it is wrapped up by a splendid photo session coupled with a touch of "Poligam".

I was at the receiving end of "Poligam" effect in a case that I lead and successfully submitted and earned an acquittal for a few VIP accused. When I'm still busy packing up bundles of submission and still overawed by the occasion; suddenly I realized I was left alone in the court room. When I was finally outside, it was too late. Fellow lawyers were busy smiling and posing in front of a jam-packed  crowd of journalists alongside the just released and relieved accused. Looks like fellowship only alive and kicking in the Lord of The Rings trilogy. Fast forward to present time; I can guarandamntee that I won't be left behind again. 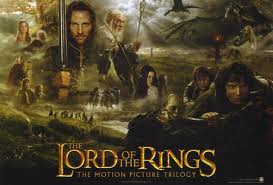 The term "Poligam" attracts different connotations and interpretations. On the positive note, everybody wants to look good in pictures. People will know that you are doing something worth captured by a picture. For aspiring politicians mastering the art of Poligam is incumbent. For lawyers who are suppose not to promote or advertise ourselves; being seen in a picture in a high profile case, with a high profile client is a potent advertisement tool which is as good as a word of mouth of public spreading our competency and caliber in the legal field.

There is always two sides of the same coin though. Poligam is easily manipulated and abused. We can be perceived as important, hardworking and crucial yet the real story tells that we are actually in the opposite. Certain lawyers use it to be highlighted in media and be portrayed as pro-active, oozes confidence and attracts admiration of many. Yet what is the truth might be the persons are only good in taking opportunities (yes, opportunists) and without substance when it comes to performing the real task of a lawyer; i.e fighting a case in the court itself.

It is high time for good and capable people (emphasis added: lawyers) to move out of the boundary of timidity. It is time to show the world that if you are good enough, you should earn the respect and recognition. It is time to throw away the chain of shyness, tak kesah attitude and lame siqah excuse and walk tall with others and self-assured that we believe in our own capabilities. Say no to timid!