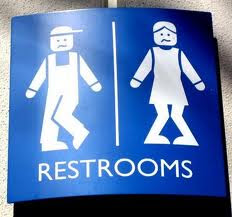 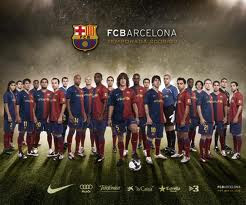 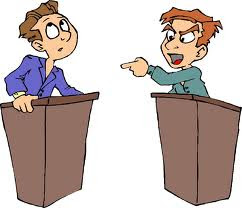 Salam,
It's not great to be on the defensive side as compared to the offensive side. Take debate as an example. However amusing the tone and the way a debate is held (its all scripted and sound like Indonesian), surely its way better to be on the "pembangkang" side rather than the boring "pencadang" side.
The same goes to football matches. Its great to watch an ultra attacking team like Newcastle, Barca, Spurs etc winning matches 4-3 or 6-0 rather than watching effective but defensive minded teams like Liverpool, Inter Milan, Malaysia (recently) nicking it with a 1-0 win.
As proceedings in court especially criminal courts are treated and viewed as a battle too, thus being on the attack or otherwise is certainly part of the game. After all, at the end of a trial, at least a party is deemed to be on the losing side. I believe this is a wrong perception of the criminal justice system as I view the justice is always going to win; whether the end result is a conviction, an acquittal or a sapu bawah karpet decision (DNAA).
Being a defense counsel, when defense is called; that is when everything seems to be upside down. The role is reversed. Some lawyers act and treat it like it's already 2012 (end of the world?), while actually its only half of the battle. A lot of cases still got acquittals after the judge convinced and satisfied with the OKT's story (some really like to hear OKT's story).
Having said that, this is the most eagerly waited stage for the DPPs to show their talent as future defense counsels (should they shift to the better side?). This is the time for them to pulang paku buah keras to the not so nice defense counsels who objected to everything that they try to prove during prosecution's stage even when they ask for toilet break (time to brainwash witness?). This is the time to use puts and suggests in questioning accused and defense witnesses, and also opportunity to call defense witnesses as pembohong, penipu and penyamun.
For me its just fair. If during the prosecution's stage we act in less than gentleman manner, engage in unnecessary exchange of words and annoy everyone; then we should've expected the same treatment being thrown at us as a retaliation. On the other hand, if we carry out our duty as defense counsel effectively yet with courtesy, most probably we will be treated the like when we are at the receiving end.
In a criminal trial, I believe we shouldn't be too overconfident that there will be no case to answer however lousy the case, the witnesses, the exhibits and the parties involved. You will surely stumble upon a decision lousier than the lousy case you've expected to win handsomely. Preparing for the worse would be a good thing to do. At least if defense is called, you have a defense to begin with and will not be accused of presenting recent inventions or afterthought story or lawyer's version (not OKT's) during defense stage.
For certain type of cases that the prosecution is equipped (rightly or not) with additional arsenals such as presumptions (can gantung orang ke with presumptions?), so its best to be mentally prepared for the defense stage at the earliest opportunity . Cases like corruption cases (all law upside down), drugs cases and theft cases are some examples of cases that is likely to get stretched into the second half of the battle i.e defense stage.
But look at the bright side. If the case goes beyond prima facie case, then you have more experience to acquire, more knowledge to gather and more records to be broken (assuming you never lost a case before). At least you will gain the experience of a defense counsel that have completed a full trial, and to make it sweeter, winning it at the end when the odds are against you. Wassalam.
LOYAR'S LIFE